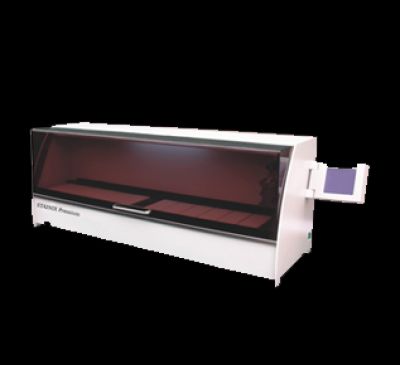 Histology, Pathology, and Cytology: What are they all about?
By : Brandon B. Jones, Creative Design, Advertising and Media Developement, AMTS, Inc. CA.
Histology is the study of tissue sectioned as a thin slice, using a microscope. It can be described as microscopic anatomy. Histology is an essential tool of biology. Histopathology, the microscopic study of diseased tissue, is an important tool of anatomical pathology since accurate diagnosis of tumors and other diseases usually requires histopathological examination of samples. The trained technicians who perform the work of processing, thin sectioning, and staining these tissues are Histologic Technicians (HT) and Histologic Technologists (HTL). Their field of study is called histotechnology.

Histological examination of tissues starts with surgery, biopsy or autopsy. The tissues are then fixed in a fixative, a process that stabilizes the tissues to prevent decay. The most common fixative is formalin (10% formaldehyde in water). The samples are then immersed in multiple baths of progressively more concentrated ethanol, to dehydrate the tissue, followed by a clearing agent such as chloroform, xylene or Histoclear, and finally hot molten paraffin wax (impregnation). During this 12 to 16 hour process, paraffin wax will replace the water: soft, moist tissues are turned into a hard paraffin block, which is then placed in a mould containing more molten wax (embedded) and allowed to cool and harden. This allows the sectioning of tissues into very thin (5 - 7 micrometer) sections using a microtome. These slices, thinner than the average cell, are then placed on a glass slide for staining.

A 5 to 7 micrometer slice of most tissues is almost completely transparent with very little visible detail. To see the tissue under a microscope, the sections are stained with one or more pigments. Hematoxylin and eosin are among the most commonly used stains in histology and histopathology. Hematoxylin colors nuclei blue, eosin colors the cytoplasm pink. Other compound used to color tissue sections include saffron, silver salts and numerous natural and artificial dyes originally developed to stain cloth fibers. The science of tissue staining is called histochemistry.

Recently, antibodies are used to stain specific proteins: this is called immunohistochemistry. This technique has greatly increased the ability to identify categories of cells under a microscope. Other advanced techniques include in situ hybridization to identify specific DNA or RNA molecules, and confocal microscopy. Digital cameras are increasingly used to capture histological and histopathological images.

Pathology (in ancient Greek pathos = feeling, pain, suffering and logos = discourse or treatise [literally: "words"], i.e., system of formal study) is the study of the processes underlying disease and other forms of illness, harmful abnormality, or dysfunction.

Within biology, it means specifically the study of the structural and functional changes in cells, tissues and organs that underlie disease. It is a form of science and a branch of medicine that involves testing samples in a medical laboratory and diagnosing health problems from their evidence. Pathologists are skilled in interpreting test results and physical evidence.

Cytology or Cytopathology is a branch of pathology that studies and diagnoses diseases on the cellular level. The most common use of cytopathology is the Pap smear, used to detect cervical cancer at an early treatable stage.

Two methods of collecting cells for analysis are:
1.    Exfoliative Cytology – Cells are extracted from fluid shed into the body cavities. For example, in pleural fluid, ascitic fluid, or in the case of the Pap smear, cells scraped from the cervix.
2.    Fine Needle Aspiration Cytology (FNAC) – A 18 to 20 gauge needle attached to a 10cc syringe is used to aspirate (pull out) cells from lesions or masses in various organs of the body by application of negative pressure (suction). FNAC can be done directly on a mass in superficial regions like the neck, thyroid or breast; or it maybe be assisted by ultrasound or CAT scan.
References
1. Merck Source (2002). Dorland's Medical Dictionary. Retrieved 2005-01-26.
2. Stedman's Medical Dictionaries (2005). Stedman's Online Medical Dictionary. Retrieved 2005-01-26.
3. Wikipedia Online (2005). http://en.wikipedia.org/wiki/Histology.
4. Wikipedia Online (2005). http://en.wikipedia.org/wiki/Pathology.
5. Wikipedia Online (2005). http://en.wikipedia.org/wiki/Cytopathology.